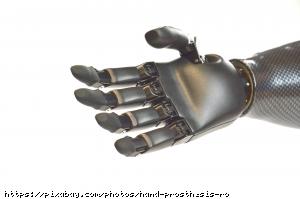 Engineers at the University of Lincoln have developed a prototype for the first 3D-printed, sensor-operated prosthetic arm for toddlers.

The Soft-Grasp Infant Myoelectric Prosthetic Arm (SIMPA) is a lightweight prosthesis featuring soft-grip fingers and utilising an armband fitted with sensors, enabling it to detect the electrical signals generated by muscles.

This would allow toddlers to grip and pick up objects with the prosthetic arm in a similar way to how they would with a natural arm.

Such “myoelectric” protheses are regularly used for adults, but, as Dr Khaled Goher, Senior Lecturer in the School of Engineering at the University of Lincoln and lead engineer on SIMPA, said: “Many traditional active prosthetics are unsuitable for toddlers as they are very time consuming to construct and heavy.”

Being 3D-printed, the SIMPA is more cost-effective to produce than other prosthetics and can be customised for individual children without the use of plaster casting.

Dr Goher added: “So far, the device has been tested for grasp force and effectiveness using a range of everyday objects including toys, bottles and building blocks but the next stage of the project is to test the prototype design on toddlers.”

“We are planning to use algorithm training which would utilise games to engage with the toddlers and attune the system to the ‘grab’ signals from the armband.”