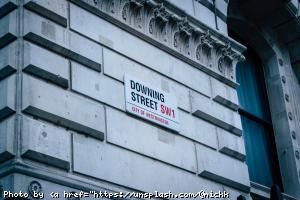 Prime Minister Boris Johnson has made a number of announcements for medtech investments and deals during his visit to India. The announcements included the introduction of new measures to make it easier to export UK-made medical devices to India, in order to support UK jobs and create opportunities for British medtech companies.

The Prime Minister said: “As I arrive in India today, I see vast possibilities for what our two great nations can achieve together. From next-generation 5G telecoms and AI to new partnerships in health research and renewable energy – the UK and India are leading the world.”

New Indian investment deals which have been announced include MedTech Startup Goqii, which is investing £10 million to expand in the UK, creating 100 jobs. Among the new UK export deals, medical technology firm Smith and Nephew have signed multiple deals for their robotic surgical system to be used in India.

During his trip to India, the Prime Minister will visit a biotechnology university working in collaboration with the University of Edinburgh. He will also confirm a major new science and tech collaboration, including a Digital Health partnership and a joint investment fund for Indian deep-tech and AI start-ups, supported by the UK and Indian governments.

New AI scholarships for Indian students which will be jointly funded by the UK Government’s Chevening programme and India’s Adani Group have been announced, as well as a £6 million investment from AI healthcare specialists Qure-ai to open a Centre of Excellence in the UK.

“Our powerhouse partnership is delivering jobs, growth and opportunities for our people, and it will only go from strength-to-strength in the coming years”, Johnson said.