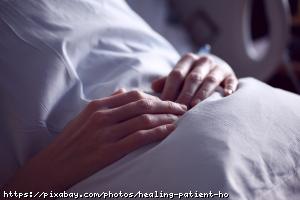 According to a new registry study surveying close to 50,000 patients, the Watchman device from Boston Scientific poses a higher risk of adverse events for women than for men. The study found that the risk of in-hospital events relating to precardial effusion that requires draining and major bleeding were significantly more likely in women than in men.

The study comes in the wake of clinical trials run by Boston Scientific in support of FDA approval for the device, which is designed to reduce the long-term risk of strokes in atrial fibrillation patients. The participants in those studies were around 70 per cent male, meaning there was limited evidence regarding Watchman’s impact on women.

The new study, published in JAMA Cardiology, analysed outcomes from patients in the National Cardiovascular Data Registry LAAO Registry that had received the Watchman device between 2016-2019 and revealed significant gender differences in events.

6.3 per cent of women in the study were found to have experienced side effects, in comparison to 3.9 per cent of men. In terms of major adverse events, the figure stood at 4.1 per cent for women and 2.0 per cent for men.

Hospitalisation time also revealed differences, with 16 per cent of women spending more than one day in hospital, compared to 11 per cent of men. The mortality rate, while still low, was also higher in women (0.3 per cent) than men (0.1 per cent).

The report's authors, having identified the greater risks facing women, have called for more action on reducing gender-specific risks.