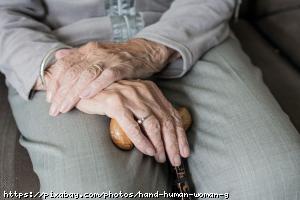 Startup Charco Neurotech will partner with Queen Mary University of London (QMUL) to test its CUE1 device, which is designed to alleviate symptoms of Parkinson’s disease. CUE1 is worn on the chest and produces vibrations which early research indicate could help to reduce several common Parkinson’s symptoms.

Parkinson’s, an incurable brain disorder which causes movement-related difficulties in sufferers, is the fastest growing neurodegenerative disease in the world. Current treatments often involve drugs with negative side-effects and which can become less effective over time. It is thought that CUE1 could help to complement these existing treatments.

The device delivers localised vibrations to the wearer’s chest, which then send signal to their nervous system. Pre-clinical research has indicated that these vibrations could alleviate symptoms including balance problems, slowness of movement and stiffness.

Following these early tests, the startup will now work alongside QMUL academics through an Innovate UK Knowledge Transfer Partnership (KTP). QMUL and Charco Neurotech will seek a graduate to act as KTP Associate, dividing their time between the startup and the university, and leading a project carrying out further CUE1 tests, optimising the device’s settings and positioning and ultimately designing a clinical trial.

Charco Neurotech co-founder and CEO Lucy Jung said: “We could not be more happy to be working together with QMUL on this project. Working with such an institution and leaders in the world of Parkinson's will be instrumental and invaluable in translating research and development to support this intervention. This will help us to improve the quality of life for people with Parkinson's.”

Dr Alastair Noyce, QMUL knowledge base lead and Consultant Neurologist and Clinical Reader in the Wolfson Institute of Population Health, added: “We are very excited to have the opportunity to partner with Charco Neurotech and investigate the role that the CUE1 device has in treating challenging symptoms of Parkinson’s. We know that it is beautifully designed and has yielded benefits for some patients, but now it is time to investigate just how much it can offer to a wider group with Parkinson’s.”