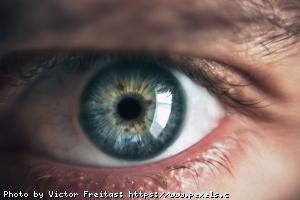 Biotechnology start-up company,VisusNano has announced that it has received £1.39 million from the Innovate UK Biomedical Catalyst programme.

The funding, which is non-dilutive, has been awarded to the company to help it develop its drug-eluting intraocular lens implant (IOL) MEDILens. Match funding has also been received from Discovery Park Ventures and Oxford Investment Opportunity Network (OION) Ltd as well as follow-on investment from the original investors.

VisusNano CEO, Dr Joanna Gould, said: “We are thrilled to receive the highly competitive Biomedical Catalyst funding from Innovate UK. We look forward to utilising these additional funds to accelerate the pre-clinical development of the technology and performing the first in human studies that are a critical step in the overall approval pathway. Thanks are also due to Discovery Park Ventures and OION for their support.”

MEDILens has been developed for patients who have undergone cataract surgery and eliminates the need for post-operative eye drops by releasing anti-inflammatory drugs into the eye.

Cataracts are the most common cause of treatable blindness worldwide and over 400,000 cataract operations are carried out in the UK every year. The aftercare that VisoNano provides a solution for is vital as, without it, patients could suffer postoperative inflammation that both causes pain and could result in loss of vision. However, the current administration of eye drops is costing the NHS over £55 million per year.

The latest funding will allow VisusNano to test the safety and efficacy of MEDILens in humans before bringing it to market.