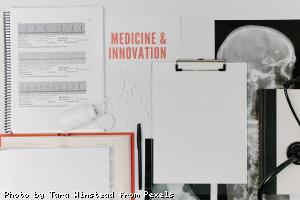 The requirements for data in the Medtech industry have increased significantly as a response to several widely-reported scandals in the sector. The new requirements will increase the value of clinical data and will also mean manufacturers not only have to collect more data in order to get their product or device approved, but that they will also have to collect more post-market data regarding the safety and performance of devices once they are out in the world.

According to law firm, Bristows LLP: “The change that will most significantly increase the value of clinical data is the restriction on the use of “equivalence” to justify approval of a new medical device. Equivalence allows a new device to be launched relying largely on the data that was used to support an existing “equivalent” approved device. This avoids the need to conduct new studies and can radically reduce the time and cost to bring new devices to the market.”

This means that developers of new products will need to gather new data rather than rely on previous data from other similar products. This reduces competition as potential competitors will need to invest time and money into new clinical studies. However, this reduction in competition could lead to an increase in prices for new medical devices.

Bristows LLP goes on to say that as companies will find themselves holding an increasing amount of data, they will also need to “increase investment in data protection and cybersecurity systems”.

Regulatory requirements are described as being even more stringent for in-vitro diagnostic medical devices. Under previous legislation, 85 per cent of in-vitro diagnostic devices could be launched under light-touch regulation, a percentage that is reportedly set to fall to around 10 per cent.

This dramatic drop-off has led to calls to take measures to ease the impact of new regulation, with even the European Commission calling the situation "grave".