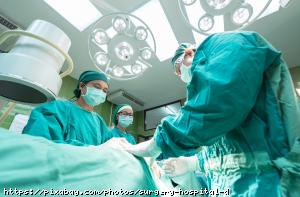 Edwards Lifesciences has announced that its Sapien 3 transcatheter heart valve has received expanded approval in Europe. The Sapien 3 is designed to facilitate transcatheter aortic valve implantation (TAVI) in patients unwilling to go through open-heart surgery.

The valve is the first such system to receive approval to be used in the treatment of patients with aortic stenosis who aren’t at a heightened risk for surgery, allowing such patients to opt out of invasive treatments.

Discussing the expanded approval, Helge Mollmann, director of the Clinic for Internal Medicine at St. Johannes Hospital in Dortmund, German, said: “Now, all European patients diagnosed with aortic stenosis can be considered for TAVI with the SAPIEN 3 valve based on factors such as anatomical considerations or individual needs rather than risk scores”

“This is particularly important for patients at low risk for surgery, whose only serious health issue may be aortic stenosis and who want to return to their lives more safely and quickly. Previously, their only treatment option was open-heart surgery.”

The expansion comes after results from the Edwards Lifesciences-funded Partner 3 trial, which found that Sapien 3 lowered low-risk patients’ odds of one-year all-cause mortality, stroke and rehospitalization by 46 per cent compared to similar patients treated with open-heart surgery.