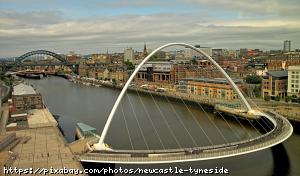 According to a new report by the Northern Health Science Alliance (NHSA) and the NP11 group, an effort to develop the North of England’s health and life sciences industries could create over 50,000 jobs and contribute £16.5 billion to the economy every year.

The report asserts that the health and life sciences sector in the North could be developed into a “supercluster” that would rank alongside the UK’s “golden triangle”, which constitutes London, Oxford and Cambridge.

Approximately 21 per cent of the UK’s life sciences workforce is located in the North, which is also home to numerous health trusts and universities, as well as the National Institutes for Health Research.

The report urges the region’s health and life sciences industries to focus on areas in which it has existing expertise and that have global relevance, such as infectious diseases, medtech, AI, mental health and diagnostics.

It also calls for increased public and private investment in health-related research and development in the North, as well as measures to support collaboration between companies, universities and public bodies and to help start-ups develop.

NHSA CEO Dr Séamus O’Neill said: “Our new report shows how transformative a Northern life sciences supercluster would be for the country through an opportunity to genuinely level up the North of England in its areas of excellence.”

“To make this happen the region needs the right public sector investment and the time and authority to build the cluster. As an alliance of universities, NHS trusts and Academic Health Science Networks, we are delighted to launch this opportunity with the region’s LEPs. To truly level up we need Government commitment to the principle that if it can be done in the North, then it should be done in the North.”