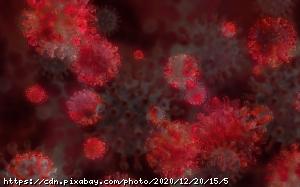 QuantuMDx has confirmed that its PCR COVID-19 testing devices are able to detect all known strains of the virus, including the new Omicron variant recently identified in South Africa. The announcement relates to QuantuMDx’s SARS-CoV2 PCT tests, its Q-POC rapid PCR test and the SAR-CoV-2, Flu A, Flu B and RSV A/B future respiratory panel.

In the wake of the recent emergence of the new Omicron (B.1.1.529) variant, QuantuMDx undertook detailed in silico analysis to assess the effectiveness of its devices in detecting the new variant. This analysis has shown that mutations in the Omicron variants’ genome sequences have not affected the primer or probe sites. As a result, QuatuMDx’s PCR devices, which utilise advanced assay design, will remain able to detect the new variant.

Commenting on the new, QuantuMDx Chief Executive Jonathan O’Halloran said: "Following the detection of this new variant, we have performed a detailed analysis of the mutations to fully assess the reliability of our existing tests and Q-POC.”

"Our assay design strategy, to include three targets, where most only target one or two regions of the SARS-CoV-2 genome, is being proves to be a robust one and with all the new variants continually emerging, we are confident that our tests and device remain able to detect all known variants."