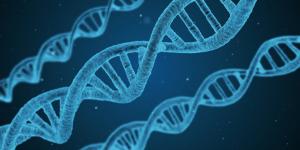 A new gene therapy treatment for babies with rare genetic disorder spinal muscular atrophy (SMA) has been recommended for approval by NICE.

The new £1.79 million treatment is targeted at babies aged up to one year of age with type 1 SMA, which is one of the most dangerous forms of the condition. Without treatment, the typical life expectancy of those affected is less than two years.

In the draft guidance published by NICE, the medical group recommends treating babies with the condition before they develop symptoms. Those who are treated early enough may have the potential to reach standard childhood developmental milestones.

The new gene therapy is set to become the most expensive treatment that has ever been approved by NICE. In spite of this, it is still expected to be recommended for NHS use as a result of the evidence of its potential life-saving benefits for young babies.

Commenting on the disorder, Meindert Boysen, Deputy Chief Executive and Director of the Centre for Health Technology Evaluation at NICE, stated that is known to be a "distressing" condition that can have a huge impact on the lives of the patients and their families.

"Being able to support access to one of the most exciting recent innovations in life sciences, a one-off therapy designed to address the genetic root cause of SMA, is both humbling and rewarding," he said.

"The committee concluded that [this treatment] represents an important development in treating SMA which could not only allow babies to gain important motor milestones such as independent sitting and walking, but for some babies who are diagnosed before they have symptoms, it might come close to being a cure."