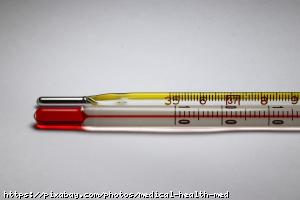 Celsium, a wearable core body temperature monitor which won the Digital Health Rewired PitchFest 2020, will be tested and scaled by an NHS trust.

The monitor, which is entirely non-invasive, will be tested and scaled at Chelsea and Westminster Hospital NHS Foundation Trust with the CW Innovation Programme, a partnership between the trust and CW+.

Celsium is placed in a patient’s armpit and is capable of returning a temperature reading every four seconds, with measurements said to be accurate to 0.05 of a degree.

The device was crowned the overall winner of PitchFest 2020, which received nearly 100 entries, following a series of heats which comprised a three-minute pitch and questions from judges.

Speaking to the PitchFest judges, Celsium Chief Commercial Officer Des Beattie commented: “With Celsium, over an eight-hour period your temperature is taken 7,200 times. If there is any change in temperature, you can see when it varies, an alarm sounds and clinical intervention is much faster.

“It’s an early warning system for any amount of different conditions. Sepsis, TB, malaria – it can operate across all of those with the ambition to try and reduce the clinical impact of those conditions.”

CW+ Chief Executive and CW Innovation co-lead Chris Chaney said: “We are looking forward to working with the Celsium team to pilot the wearable core body temperature monitor in our Trust, so we can test its feasibility in the real-world and hopefully support wider dissemination of this new and entrepreneurial solution across the NHS network.”