NHS to trial delivery of vital drugs by drone 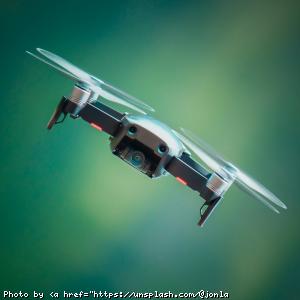 The NHS has announced a new pilot scheme to use drones to deliver vital drugs in a bid to speed up delivery times. The announcement, which comes on the healthcare provider’s 74th anniversary, is trialling the drones to courier chemotherapy medicine from a pharmacy at Portsmouth Hospitals University NHS Trust to St Mary’s Hospital on the Isle of Wight.

Amanda Pritchard, chief executive of NHS England, said: “Delivering chemo by drone is another extraordinary development for cancer patients and shows how the NHS will stop at nothing to ensure people get the treatment they need as promptly as possible – while also cutting costs and carbon emissions.”

The delivery time from Portsmouth to the Isle of Wight is usually four hours and includes two car journeys and one hovercraft or ferry journey for each delivery. The drone will cut delivery times to just one 30 minute flight. According to NHS England officials, chemotherapy is difficult to transport due to the short shelf life of some doses.

The drone programme will be trialled initially in the Isle of Wight, before being expanded to Northumbria.

Pritchard continued: “From a smartwatch to manage Parkinson’s to revolutionary prostate treatments and making the most expensive drug in the world available to NHS patients it has been another amazing year of innovation in the way the health service delivers treatment and care."

“As the NHS turns 74 it is clear that the pace of change and improvement across the health service is only accelerating, as our fantastic staff seek to make the most of life-changing advances to improve patients’ lives as we promised in the NHS Long Term Plan.”