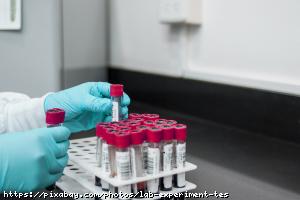 The NHS has this week begun a trial of the Galleri blood test from Grail Inc, which can detect over 50 types of cancer prior to symptoms appearing. The NHS is looking to recruit 140,000 volunteers from across England in what will be the world’s biggest trial of the test.

The Galleri test analyses patient DNA to detect cancer cells that have entered the bloodstream, often long before the appearance of symptoms. While the test cannot detect all cancers and will not replace NHS screening programmes, it has been shown to be effective at identifying certain cancers early.

It has been especially effective at identifying cancers that have previously been difficult to detect early, such as lung, throat, pancreatic, bowel and head and neck cancers. The test has been recommended for those at high risk of cancer, such as over-50s.

The NHS’s randomised control trial will take in volunteers from eight areas of England to assess the test’s effectiveness in reducing the number of late cancer diagnoses. Half of volunteers will have their blood screened straight away, while samples from the other half will be stored for potential future testing.

The trial will be led by the NHS, Grail, Cancer Research UK and King’s College London Cancer Prevention Trials Unit.

Amanda Pritchard, NHS Chief Executive, said: “This quick and simple blood test could mark the beginning of a revolution in cancer detection and treatment here and around the world. By finding cancer before signs and symptoms even appear, we have the best chance of treating it and we can give people the best possible chance of survival.”