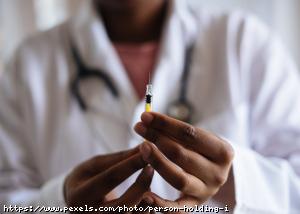 US biotech company Moderna is in the final stage of talks with the British government regarding investing in opening a research and manufacturing facility for vaccines in the UK. The US company is also reportedly in talks over a potential collaboration on clinical trials run by the National Health Service (NHS).

According to media reports, Boston-based start-up Moderna, whose COVID-19 vaccine was the third to be approved in the UK, is close to finalising a significant investment.

Sajid Javid, Secretary of State for Health and Social Care recently met Moderna’s chief executive, Stéphane Bancel, in Boston and said on social media that it had been “fantastic” to meet him and his team, adding that: “The UK is ideally placed to become a life sciences superpower, and collaboration with world-leading companies is crucial to this.”

Reports suggest that Moderna is currently looking at sites in London, Oxford and Cambridge, also known as the ‘Golden Triangle’m as this would put the company in a prime location to work with the UK’s top scientists and medical companies on research for new vaccines.

Since the onset of the COVID-19 pandemic, Moderna has seen tremendous growth and now has deals around the world, including in Australia, Canada and Africa, for the domestic production of mRNA vaccines.

Prior to the pandemic, Moderna only used its own manufacturing facilities in Boston and had no approved medicines, only producing medicines for clinical trials.