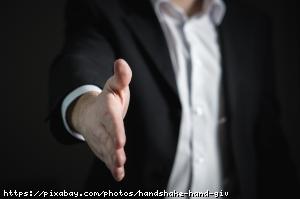 US med-tech firm Medtronic has announced that it has acquired Digital Surgery, a London-based specialist in surgical AI and digital education and training, for an undisclosed amount.

Digital Surgery’s best-known product is Touch Surgery, an interactive surgical simulator which allows for the training of healthcare professionals without any risk to patients.

The company describes Touch Surgery as offering "a realistic and detailed guide to every step of a procedure". It has reportedly been used for procedures with Smith & Nephew, Zimmer Biomet, and Stryker devices, among others.

Medtronic will integrate Digital Surgery into its Surgical Robotics business, a subset of the Minimally Invasive Therapies Group that it is looking to expand. However, Medtronic also said that the acquisition “has applicability for the Medtronic broader portfolio".

Surgical Robotics vice-president and general manager Megan Rosengarten said that the acquisition would aid her division in their “continued focus on advancing minimally invasive surgery – from education and training, to clinical decision support, to reducing cost and unwarranted variability”.

Following the announcement of the acquisition, Medtronic said that Digital Surgery’s co-founders will remain in leadership roles and that its headquarters would remain in London, where, Medtronic says, “there are plans for continued investment and workforce expansion."