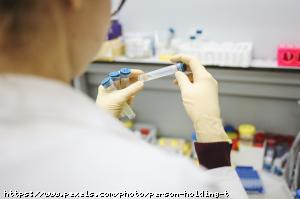 In a statement released this week, the company revealed details of the measures it is taking to ensure it can actively detect Variants of Concern ("VOC"), as classified by agencies including the World Health Organization, due to their increased risk of transmission or of causing more severe disease.

Government regulators in the UK and around the world have released guidelines in recent months stating that Covid-19 tests must be able to detect the emerging variants that are driving the increase in cases around the world.

According to the statement from LumiraDx, it is now actively monitoring how its SARS-CoV-2 Antigen test performs against new variants of the virus via an in-house evaluation program. The program is carried out using silico analysis and direct testing, with results subsequently confirmed by independent organisations such as the UK Department of Health and Social Care – COVID-19 Technologies Validation Group.

Commenting on the news, Nigel Lindner, PhD, LumiraDx's Chief Innovation Officer explained: "We know that testing is a critical component in the monitoring and controlling of the spread of the virus. This becomes even more important with the emergence of new, and unfamiliar variants.

"We are committed not only to ensuring we are following all guidelines to monitor for these variants of concern, but also to sharing this data and our monitoring program process with our customers."