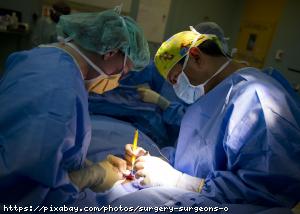 In a statement, LivaNova has announced that it is planning to end its transcatheter mitral valve replacement program as part of a wider restructuring of its heart valve segment.

LivaNova’s heart valve sales have accounted for a declining portion of its overall sales since the company’s formation in 2015, when it was formed through the combination of US neuromodulation specialist Cyberonics and Milan-based cardiovascular disease medtech Sorin.

Currently, the company’s heart valve sales account for 11 per cent of its overall sales, having gone from generating around $140 million in annual revenue in 2015 to just $126 million in 2018. Business in this unit is down a further 10 per cent this year.

In a statement, LivaNova CEO Damien McDonald said: "The time has come to address the continued declines we have experienced in our heart valve business. We will restructure and simplify our heart valve manufacturing network, which will eliminate operational overlap between facilities and enable us to address new regulatory requirements."

In a further statement, the company said that the restructuring was made necessary by revenue decline in both biological and mechanical heart valves, exacerbated by increasing portfolio maintenance costs linked to more burdensome regulatory requirements.

LivaNova said the restructuring could impact employees at its Saluggia, Italy location, where it now plans to focus on R&D along with manufacturing mechanical heart valves, rings, accessories and nitinol stents.