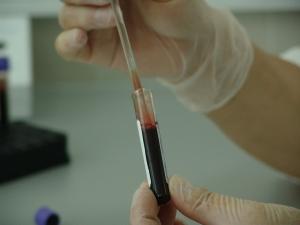 According to J&J, the campaign aims to boost the early recognition and diagnosis of blood cancer by increasing public awareness of the signs and symptoms associated with the disease.

As part of its campaign efforts, the company has also released a short documentary and five mini-films that outline the symptoms that led to real patients being diagnosed.

J&J has revealed that there are over 100 different types of blood cancers and related conditions, and although many are rare, they are all life-threatening conditions that require early detection to ensure a significant chance of survival.

In fact, statistics show that blood cancer is the fifth most common cancer and the third biggest cancer killer in the UK, claiming more lives every year than either breast cancer or prostate cancer. But in spite of this, there is low awareness of the symptoms of blood cancer, with patients visiting their GP more times before a diagnosis than with any other type of cancer.

Commenting on the campaign, Dr Pawan Randev, GP trainer and primary care lead East Midlands Cancer Alliance, said: "Primary care awareness of blood cancers matters to patients and to ourselves – we have probably all missed opportunities to diagnose earlier. By providing primary care teams with useful educational resources, we can play a key part in improving services and supporting positive patient outcomes."