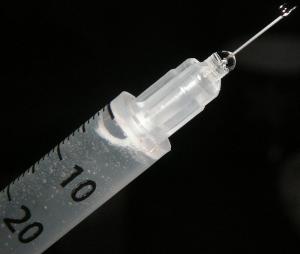 Johnson & Johnson is preparing to test an experimental HIV vaccine in the US and Europe as the firm strives to develop the world's first HIV immunisation.

The trials are being launched this year, according to Anthony Fauci, director of the US National Institute of Allergy and Infectious Diseases, and will be carried out in conjunction with the HIV Vaccine Trials Network and J&J's Janssen unit. Around 3,800 men are due to take part in the trial when it begins later this year and will receive their vaccinations on a pre-determined schedule.

The trials will be taking place across the US and Europe, creating opportunities for medical professionals across the world to play a part in this groundbreaking study.

So far, almost one million people around the world die annually as a result of AIDS, so J&J's attempt to produce a vaccine that will work on populations around the world could prove life-changing for millions.

Commenting on the study, Dan Barouch, a Harvard Medical School professor who provided the foundation research for the vaccine, said: "For medical and global public health reasons, it’s better to have a vaccine that works in multiple parts of the world."

Paul Stoffels, J&J's chief scientific officer, added that a successful vaccine could save millions of lives as well as millions of pounds, and all while helping the World Health Organisation meet its goal of cutting HIV deaths to less than half a million by next year.

"The cost of treating HIV patients – the burden for patients, the burden for society – is very high," he said. HIV is "a big mission for us. We’ve been working on it for almost 30 years."