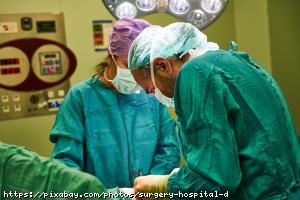 Medical Microinstruments (MMI), an Italian company developing robotics for use in intricate microsurgery, has signed a financing agreement, potentially rising to €15 million, with the European Investment Bank (EIB).

The financing will be deployed over coming years to support MMI’s long-term strategy and is backed by a European Fund for Strategic Investments (EFSI) guarantee. EFSI is the main pillar of the EIB and and European Commission’s Investment Plan for Europe.

Founded near Pisa in 2015, MMI aim to enhance surgical performance via the development of a robotic system enabling better outcomes on intricate, microsurgery procedures, such as certain tumour removals and reconstruction following traumatic injuries.

MMI’s system involves a robotics platform and wristed microinstruments. The company has previously raised €20 million in a 2018 Series A financing round led by Andera Partners.

European Commissioner for the Economy, Paolo Gentiloni, said: “European companies have long been at the forefront of innovative solutions in the field of healthcare. Thanks to the backing of the European Fund for Strategic Investments, the EIB can support MMI SpA as it continues developing the next generation of microsurgical instruments to help patients undergoing surgery in the future.”

Gianluca Landi, CFO of MMI, commented: “We are pleased to have secured a loan instrument from the European Investment Bank and appreciate the vote of confidence in our company and innovative solutions from such a high-calibre institution.”

“This agreement comes at an exciting time for our company. The resources will further strengthen our financial position in preparation for the commercial launch in Europe of our breakthrough robotic system aimed at improving the standard of care for patients undergoing microsurgical procedures.”