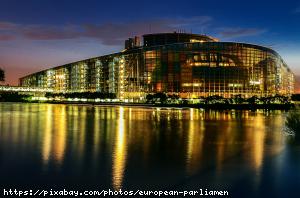 A European Parliament committee has this week voted to adopt the EU Council’s corrigendum on Class 1 devices to the upcoming Medical Device Regulation (MDR).

The reform will give manufacturers of some “low risk’ Class 1 medical devices up until May 26, 2024 to comply with the MDR. Providing a respite for the industry, which had been struggling to reach the initial May 26, 2020 deadline.

The amendment, adopted by the European Parliament Committee on the Environment, Public Health and Food Safety, could still require approval from the full Parliament, should member states request it. However, the European Council has said it is hopeful the process could be completed before the end of the year.

Despite the corrigendum being passed, there was criticism of how the amendment to the regulation was managed, with committee member Biljana Borzan of Croatia saying that, while the changes were needed in order to “close legal holes”, the process nonetheless represented “a procedural disruption.”

Borzan said it was “rather unusual” to have regulatory issues addressed through a corrigendum. She asserted that corrigenda should be “used to correct technicalities and inconsistencies” but that, in this instance, “we have proposed by Council changes of the substance of the regulation."

Despite this, it is widely expected that the changes will be adopted by the full Parliament.