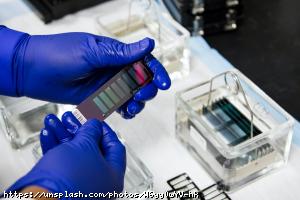 Despite the European Commission saying in January that the “vast majority” of member of EU member states were in favour of allowing remote audits under May's incoming medical device regulations (MDR), doubt has now been cast on their implementation due to resistance among some members.

As a result of a failure to agree a harmonized approach between the notified bodies of different nations, Team-NB, the EU’s notified body association, has withdrawn its position paper regarding remote audits. The paper had been shared last month, but ongoing divergences between different nations meant an agreement was unable to be reached.

Team-NB said in a statement: “It appears that there are differences in the approach between National Competent Authorities. Therefore, at this time, Team-NB is unfortunately unable to finalize and publish its aligned position on the uniform implementation of such remote audits by Notified Bodies.”

“The application of remote audits under MDR and IVDR due to pandemic-related contact and travel restrictions may currently vary across Member States depending on the governance provided by authorities.”

Calls for remote audits to be authorised have arisen due to the continuing difficulty of arranging in-person audits during the ongoing COVID-19 pandemic. Concerns were raised that an insistence on in-person audits would disrupt supply due to the precautions required.

Despite initially resisting calls, the European Commission gave the go-ahead to remote audits due to evidence of their reliability and safety and in light of continuing COVID-19 restrictions.

MDR is due to come into effect from May 2021, with in vitro diagnostic regulations (IVDR) set to follow in May 2022.