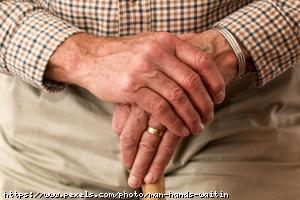 Johnson & Johnson has announced that DePuy Synthes has been awarded a European CE mark for its Bi-Mentum Dual Mobility System, which is designed for use with patients at high risk of hip dislocation.

Bi-Mentum has a standard femoral head which articulates within a large polyethylene liner that swivels within a metal shell, thereby reducing the risk of hip dislocation. It is intended to integrate with all DePuy Synthes hip stems with highly polished necks.

Across Europe, there have been over 3 million registered hip arthroplasties since 1975, with the incidence of instability through dislocation after Total Hip Arthroplasty (THA) cited as being between 7 per cent to as high as 25 per cent. The surgical treatment of a dislocating THA can increase hip replacement cost up to 325 per cent.

DePuy Synthes VP and global platform leader for hips Aaron Villaruz discussed the gaining of the CE mark in a news release, saying: “With an increasing number of patients undergoing hip replacement surgery, surgeons need to address a broader range of surgical needs to help their patients stay active and get on with their lives.”

“Securing the CE Mark on Bi-Mentum enables us to better serve our customers and patients across Europe with a solution that is designed to make a continued difference in hip replacement.”

Currently only available in the US, the news release confirmed that DePuy Synthes plans to make Bi-Mentum available in select European markets from next month.