Controversy over study on stents vs surgery 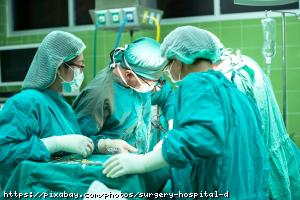 Coverage on the BBC’s Newsnight has sparked controversy over the findings of a study into the effectiveness of heart stenting compared to surgery.

The EXCEL study followed around 1,900 volunteers over five years. It found that, while the death rate was on the whole higher for stent recipients (13 per cent) than those who had undergone surgery (9.9 per cent), both were equally safe when it came to heart-disease related deaths.

In 2018, findings taken three years into the study (2016), which also showed they were equally safe, helped prompt the European Association for Cardio-Thoracic Surgery (EACTS) and the European Society of Cardiology (ESC) to change their guidelines.

However, Newsnight reported that leaked data from the study showed that, if the “Universal Definition” was used to define a heart attack, then those with stents were 80 per cent more likely to suffer one. The study had used the Society for Cardiovascular Angiography and Interventions definition.

In response to the report, EACTS secretary general Domenico Pagano said: “Some results in the EXCEL trial appear to have been concealed.” EACTS has since advised doctors to disregard the updated guidelines. ESC has stuck with its updated guidelines, saying they were based on more than merely the EXCEL study.

EXCEL has said that those involved in the study did not consider the “Universal Definition” suitable as a way to compare stents and surgery, with researchers saying: “There was absolutely no attempt to hide meaningful data" and that data reported by the BBC was inaccurate.