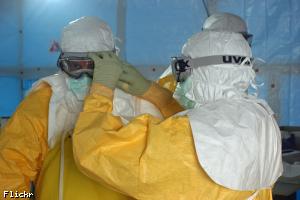 Authorities in the Democratic Republic of Congo have announced that Johnson & Johnson's new Ebola vaccine will be introduced in November in the eastern part of the country, in a bid to tackle the current outbreak.

The J&J vaccine will be used to complement another vaccine that was manufactured by Merck and has been administered to more than 225,000 people. Unlike the Merck vaccine, the J&J vaccine will require two shots, injected two weeks apart.

According to the country's authorities, the first batch of 500,000 doses of the vaccine will arrive next week, with vaccinations due to begin in early November. In the meantime, J&J offices around the world will be instrumental in further producing the vaccine for the shipment of future batches.

The vaccinations will first take place in Goma before being sent to other provinces across the east.

Dr Jean-Jacques Muyembe, the head of the country's Ebola response effort, has stated that he hopes the rollout of the vaccine will stop the spread of Ebola.

"Our goal is to create an immunological curtain that will prevent the virus from leaving the infected zone to the uninfected zone," he said.

So far, the Ebola outbreak in Congo – first announced in August 2018 – has caused the deaths of 2,146 people. This makes it the second-largest Ebola outbreak behind the 2013-16 outbreak in West Africa that killed 11,300 people.