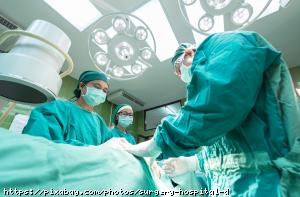 The Versius Surgical Robotic System designed by Cambridge-based medtech CMR Surgical has been installed in its first German hospital. Versius, which is already in use in hospitals across Europe, Australia and India, will now be used for general surgery at Saxony’s Klinikum Chemnitz.

The hospital will utilise Versius across a range of laparoscopic procedures (keyhole surgery), whilst also assessing the system’s use in thoracics via an early-stage clinical programme. This programme will be undertaken in partnership with a range of international experts.

Despite its considerable perceived benefits compared to traditional open surgery, laparoscopic procedures are known to be long, complex and potentially taxing for surgeons. The use of robotic systems like Versius is designed to alleviate this.

This expansion into Germany’s lucrative medtech market represents a major milestone for CMR. In 2020, the German government pledged to invest €3 billion in helping the country’s hospitals digitise.

CMR Chief Executive Officer Per Vegard Nerseth said: “This launch into Germany showcases Versius’ value to one of the most highly held health care systems in the world. We are excited to install our first system today at one of Germany’s most forward-thinking hospitals. Germany is a market leader in Europe and paves the way for us to further accelerate our roll out of Versius across a number of new markets in Europe in the coming months.”