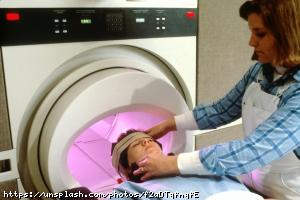 French company CarThera has been granted €2 million by the European Union’s EIC Accelerator Pilot, along with €10.5 million in equity, in order to develop its DOMEUS project, which treats glioblastoma (GBM) patients.

CarThera, which specialises in the design and development of ultrasound-based medical devices for the treatment of brain disorders, is currently gathering data from its French/American pilot clinical study of the larger version of its SonoCloud-9.

Through the DOMEUS project, CarThera aims to extend the SonoCloud’s functionalities, while scaling up the company’s organisational processes and structure to enable its technology to reach an increasing number of patients

CarThera CEO Frederic Sottilini commented: “The fact that the European Union has selected CarThera is a strong testament to the quality of the company’s technology and the sustainability of its development project. The EIC grant will be a powerful financial tool for CarThera to keep apace in its developments and get to market quickly.”

In December 2018, CarThera successfully raised €10 million in Series B funding, before launching a pilot GBM study with the SonoCloud device, along with an exploratory Alzheimer’s trial, both of which are soon to be completed.

Series C funding is planned for early 2021 and will be used for the SonoCloud’s future development stages in the US and Europe, up to market authorisation and preparation for a commercial launch.