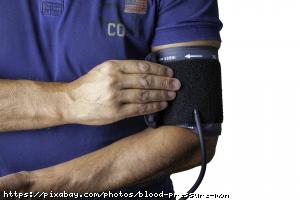 ATCOR, a subsidiary of CardieX, has received a new patent from the European Patent Office (EPO) for its SphygmoCor technology, which is used in cuff-based blood pressure devices.

The patent, EPO Patent Number EP2566387, will further protect ATCOR’s intellectual property regarding the measurement of a central blood pressure waveform with cardiovascular features via a brachial cuff.

Specifically, the patent covers the non-invasive estimate of a heart’s pressure and pressure waveform relating to cardiac function and arterial properties through the use of a conventional blood pressure cuff inflated to low pressure.

Approving the patent, EPO examining officers made reference to substantial differences to existing patents, which are said to demonstrate the technology’s unique qualities.

The patent, which is valid until 2034, provides a simple tool for the clinical diagnosis and risk estimation of heart disease, according to ATCOR. The company has previously been granted similar patents in Japan and the US.

ATCOR’s SphygmoCor technology is widely considered to be the global standard for the non-invasive measurement of arterial stiffness in a medical environment. The technology has over 4,500 installations worldwide, including in all of the USA’s “top 20” hospitals.

It is also used by pharmaceutical firms and research institutions, including GlaxoSmithKline, the Mayo Clinic, AstraZeneca, Scripps, Bayer, Johns Hopkins and Stanford University.