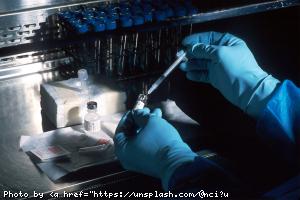 The organisation behind London's Canary Wharf has announced plans to build one of the largest commercial laboratory facilities in Europe, as the area continues to diversify beyond finance and strives to be a hub for Europe's life sciences sector.

The Canary Wharf Group has collaborated with Dutch company Kadans Science Partner, a science facility developer, to construct a 22 storey, 750,000 sq. ft. building dedicated to labs and office space. James Sheppard, Kadans’ UK chief, said: “We’re effectively going to be building a campus under one roof. A lot of clinicians now are also entrepreneurs, they want to build a business.”

The building, which is thought to cost around £500 million is set for completion in 2026 and will be the largest commercial lab space in Europe. It will be focused on commercial applications of science.

According to Howard Dawber, head of strategy at Canary Wharf, labs in London are already at capacity with a vacancy rate of just 4 per cent in Oxford and 1 per cent in Cambridge. He said: “There is huge demand for this. We’re offering exactly what’s required by these fast growing businesses.”

Shobi Khan, chief executive of Canary Wharf Group added: “We are creating a world class building that will provide state of the art laboratory, office and innovation space for some of the most exciting and fast-growing businesses in the health and life sciences sector."

“We have developed 2,300 apartments on site with another 2,300 homes currently under construction – we have homes for every income level, which will enable researchers and their colleagues to live close by.”

The project announcement comes after the UK life sciences sector celebrated a record year for investment, raising £4.5 billion in public and private financing in 2021, a 60 per cent increase on the previous year.