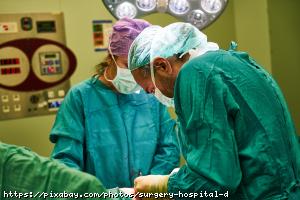 Following 17 complaints, Boston Scientific has moved to recall all of its Vici SDS and Vici RDS venous stents over a risk of them moving from where they are initially implanted. This migration risk could lead to the need for procedures or even life-threatening injuries.

No deaths have been reported from the risk, but the company has now recalled all of the nearly 32,000 Vici SDS and Vici RDS systems distributed in the US. Last month, Boston Scientific initiated a voluntary recall globally, which was released by European regulatory authorities.

Some of the reported instances of stents moving led to patients requiring endovascular interventions while other reports saw the stent embolize to the patient’s heart, necessitating surgery.

Boston Scientific has therefore now requested that medical professionals cease using the Vici SDS and Vici RDS systems and prepare the products to be returned.

The company did not, however, recommend that physicians take additional action if patients weren't experiencing symptoms or other complications. It added that the rate of occurrence for the issue was 0.08 per cent.

In the USA, the Food and Drug Administration (FDA) issued a Class 1 recall, the most serious level of recall. An FDA statement said: “A migrated stent may require another surgery or catheter procedure to retrieve it, which increases risks to the patient, including possible damage to the blood vessel, heart walls or other organs. If the stent migrates to the heart, it could cause life-threatening injury.”