Birmingham hospital given the green light for expansion 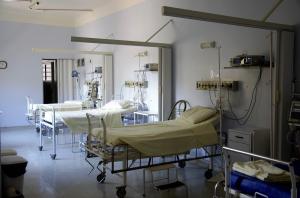 The Royal Orthopaedic Hospital in Northfield, Birmingham has been given the thumbs-up for its expansion plans, paving the way for new facilities and the creation of 127 new full-time jobs.

Four operating theatres and an additional 23 beds will be added to the hospital’s services, following the approval of a two-storey extension. The first phase will create two theatres and anaesthetic treatment rooms, six first-stage recovery beds in a ward and a number of store rooms. Similarly, the second phase will create two more theatres, more wards and a medicine preparation room amongst other developments.

A published statement from the council stated: “The hospital has been on the wider application site for an extensive period of time and is required to constantly adapt and change.

“The detailed design has been developed in consultation with City Design and the resulting scheme is considered to be of a high-quality design that would sit comfortably within its surroundings.

“I consider that the proposal would continue to support the wider site upgrade and enhancement with its associated significant economic and social benefits and would have a positive and significant environmental benefit.