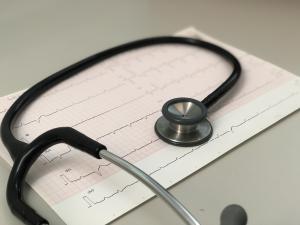 Less than half the size of its predecessor, Biotronik has released its new Biomonitor III injectable cardiac monitor.

An upgrade from the previous version, the Biomonitor 2, the new device is designed to be placed just under the skin for up to four years, during which time it will emit a stronger signal quality to monitor and record patients’ electrical heart signals.

The Biomonitor III will be instrumental in detecting cardiac arrhythmias and unexplained losses of consciousness. In addition to this, the device will also pick up on atrial fibrillation, which is a key player in the development of strokes, heart failure and a range of other conditions.

Due to its ability to boost the visibility of signal amplitudes and p-waves, in comparison to the Biomonitor 2, cardiologists will be better able to spot arrhythmias and diagnose conditions with greater speed and accuracy as a result.

Associate professor Paul Gould, a cardiologist and electrophysiologist at St Andrew’s War Memorial Hospital in Brisbane, Australia, said: “What I like about Biomonitor III is the ease of use and the high signal fidelity. This, coupled with the automatic Home Monitoring, provides an excellent resource to establish a rhythm symptom correlation or to detect occult arrhythmias in my patients.”