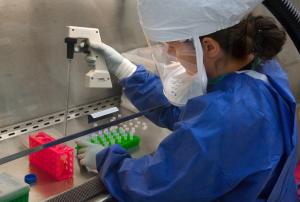 A brand-new bioscience education, research and training centre worth £22.3 million has finally opened its doors after a year of ongoing construction.

The development of the centre is anticipated to boost Tees Valley’s bioscience sector by improving local STEM skills. The facility is also likely to support economic growth as it invites partnerships with moguls like Fujifilm Diosynth Biotechnologies and the Centre for Process Innovation.

Director Teesside University’s campus services, Darren Vipond, said: “We are delighted that this major construction milestone has now been completed.

“The National Horizons Centre will play an important role in growing the region’s economy and it’s fantastic to see that its construction has already led to the creation of a number of employment opportunities.”

The centre also prepares to open its new campus later this year.

Mayor of Tees Valley, Ben Houchen, commented: “The new National Horizons Centre is one of the biggest investments we have made so far. Our rich history of innovation, research and development is set to continue thanks to this state-of-the-art facility in Darlington.

“Just a year ago, I was stood in an empty field and we were growing ground on this world-class biosciences research facility – and now we’re seeing the results.”