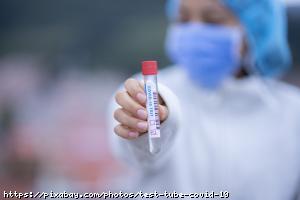 Becton Dickinson and Co (BD) has announced that its point-of-care, SARS-CoV-2 antigen test, which delivers results within 15 minutes, has received a European CE marking. BD says it expects to be selling the antigen test, which runs on its BD Veritor Plus System, in European markets by the end of October. The test is likely to be used by GPs, pediatricians and emergency departments.

BD President, EMEA Region Roland Goette said: “Availability of the SARS-CoV-2 assay on the BD Veritor Plus System in Europe builds on our molecular test on the BD MAX System that has been available since March. The addition of a truly portable, point-of-care test that can deliver results while the patient waits will be welcomed by health care providers and patients alike to help protect against additional waves of COVID-19.”

Fernand Goldblat, BD’s Head of Diagnostics for Europe, said regarding the test: “It is really a game-changing introduction here in Europe”. Discussing the likelihood of a second wave of the pandemic afflicting Europe, Goldblat said that: “unfortunately I think we’re headed back in that direction. So the need [for antigen tests] will be extremely high”.