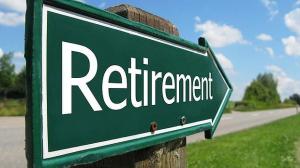 Hans Hux, the chairman and CEO of healthcare business B Braun Medical, has announced that he is stepping down after more than 40 years with the company and 27 years of heading UK operations.

It has been revealed that Hux will remain with the company as a non-executive chairman as part of a planned retirement process, which will see him stay on in his new role until January 2020.

Hux originally moved to the UK in 1993 having set up Aesculap B Braun in Japan. When the company merged with B Braun Medical Ltd, he became chairman and group chief executive of the organisation.

During his years at the helm, B Braun has been awarded Investors in People (IiP) Gold status three consecutive times, while the educational branch of the firm has been awarded a quality mark by the Royal College of Surgeons of England.

Mr Hux commented that the opportunity he had as a young man to create the now-thriving company was "extraordinary".

"In 1993 we more or less relied on very few products but through an evolutionary process of innovation and diversification we have substantially increased the breadth and range of our product portfolio and developed new businesses and services which have really enabled us to establish B Braun in the UK as a leading healthcare provider."