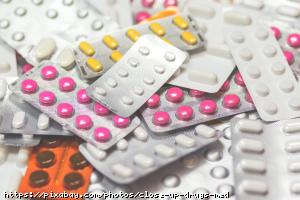 The proposed deal was originally announced in February 2019, but has faced extensive delays as the UK’s Competition and Markets Authority (CMA) and the US’s Federal Trade Commission (FTC) scrutinised antitrust issues arising from the deal.

Shareholders at the two companies feel regulators are concerned about Roche’s potentially dominant position in the haemophilia drug market, were the deal to go through.

Roche’s antibody drug Hemlibra has seen phenomenal success since it was launched last year, while Spark was the first company to win US approval for gene therapy with its Luxturma product for a rare inherited retinal disease.

Spark also has four other candidates in clinical trials, including haemophilia A therapy SPK-8011. Acquiring these treatments, along with Hemlibra, would give Roche a very strong position in the market.

Roche still believes the deal will complete by the end of 2019, and reports suggest the FTC is happy to accept the deal pending a review from its Bureau of Competition.

In the UK, the CMA has set a mid-December deadline for the first phase of its review. The process could end here if no further investigation is deemed necessary. However, should the probe carry on, it is unlikely the deal will close by the end of the year.