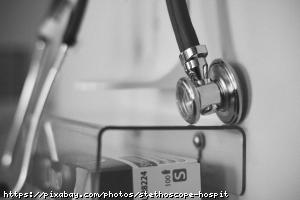 Medical device manufacturer Abbott has issued warnings that there are potential risks to patients from two issues relating to equipment used to power its left ventricular assist device (LVAD), an implant for heart failure treatment.

In the first of two letters to physicians, Abbott said that an incorrect connection of the HeartMate 3 modular cable in the process of exchanging controllers can sever the pump’s power supply, inflicting serious injury or even death.

This issue has reportedly resulted in a death rate of 0.05 per cent two date and a hemodynamic compromise rate of 0.07 per cent, Abbott wrote in the letter, which was subsequently posted by the UK’s Medicines and Healthcare Products Regulatory Agency. In the letter, Abbott did not specify the exact number of deaths that have arisen from the issue.

In a second letter, Abbott relayed reports of static electricity causing power loss to the HeartMate 3’s mobile power unit module, an issue that has resulted in two reports of serious injury and zero deaths.

Abbott has said it will provide clarification on the management of the modules as well as re-training from its field personnel. Doctors have also been urged to contact HeartMate 3 patients as quickly as possible, in order to update them on the latest information.